When you book with an account, you will be able to track your payment status, track the confirmation and you can also rate the tour after you finished the tour.
Sign Up

Or Continue As Guest

When you book with an account, you will be able to track your payment status, track the confirmation and you can also rate the tour after you finished the tour.
Sign Up
1526

Why Book With Us?

Do not hesitage to give us a call. We are an expert team and we are happy to talk to you.

Chitwan Jungle Safari Tour itinerary can be customized according to your choice. Please write to us for the individual travel Itinerary. The price varies depending on hotel category, transportation, private vehicle, and flight

Day 03: Drive to your next destination.

2 night 3 days Chitwan Jungle Safari Tour is an exciting journey into the desert of the Terai region. Chitwan national park tour itinerary designed for anyone who wants to know birds and other animal species’ diversity.

Chitwan National Park, The first national park of Nepal is a nature reserve where some of the most exotic and rare animal species in Nepal live. The Chitwan National Park is home to 68 species of mammals, 543 species of birds, and abundant beautiful vegetation and is a treasure not only for Nepal but also for the whole world.

Chitwan National Park is just a 6-7 hour drive from the capital Kathmandu, or Pokhara and Lumbini. It is in a place commonly known as Sauraha. You can see some endangered species in the National Park, such as the Royal Bengal tiger, the elephant, and the unicorn rhino.

2 nights 3 days jungle safari tour in Chitwan is very popular with bird watchers. The various birds whose sweet melodies will delight you include the endangered Florican Bengal, the Gray-crowned Prinia, the swamp francolin, grass warblers, and narrow-beaded quacks, herons, cane fritters, storks and kingfishers. The park is a beautiful breeding ground for two-thirds of the world’s endangered Nepalese species.

You can also experience the incredible culture of the Tharu community in Chitwan. It includes the Tharu cultural stick dance that you will experience

You will also participate in a kayak on the Rapti River, which is an unforgettable experience paddling among the crocodiles sunbathing on the river bank. You can see crocodiles basking motionless in the sun, often with their mouths open. It makes it a beautiful fotografischer time

The Chitwan tour’s significant part is the jungle safari, in which you can get close to the habitats of numerous wild animals in their natural surroundings.

There are two ways to get to Chitwan. You can arrive on a tourist bus that takes between 6 and 7 hours, or on a flight that takes 20 minutes and lands at Bharatpur airport. After arriving in Chitwan, drive to the hotel where you will be staying. You can cool off and rest for a while and have a tour briefing. In the afternoon, you will have your lunch. Around 3:30 p.m., drive to the Tharu Cultural Museum and take a tour of the Tharu village. You know their culture, traditions, and lifestyles, which may even surprise you in some way. Around 6:30 p.m., you see a Tharu culture dance that you learned from your predecessors. You will have dinner at 8:30 p.m., and you will spend the night at your hotel.

After breakfast at 7:00 a.m., go canoeing. You will canoe down the Rapti River and observe various birds and aquatic animals. You can see crocodiles, gharials, and other mammals in their natural habitat. Around 9:30 a.m., visit the elephant breeding center and see baby elephants and mothers. It will be quite an experience to show your mutual affection. You return to your hotel for lunch and go on safari to the jungle. You can use a jeep or ride an elephant to see animals like rhino, deer, monkey, wild boar, bison, sloth, and leopard. You can also get a chance to see a Royal Bengal Tiger. If you’re lucky. You can also see the elephants bathing happily. In the evening, you can see the stunning sunset as you walk along the Rapti River banks. You return to your hotel for dinner and sleep.

Day 03:Drive to your next destination.

After breakfast, we will take you to Bus Park or the airport for the next destination.

All accommodations for this tour are included in the double sharing room and adding in the travel costs. We select the hotel according to the standard of hygiene, service, food, location, etc. You will spend a three-star luxury hotel with full board (room, breakfast, lunch, and dinner).

Many animals have been classified as endangered species and have beautifully preserved in Chitwan National Park. These animals are the leopard, tiger, rhino, alligators, and elephants.

If you love nature, surely you will love the birds singing and the sight of their beautiful bodies, and perhaps there is no better place for this than the Chitwan National Park. In this Chitwan Jungle Safari Tour, you can observe many of the 543 species of birds.

Rafting on the Rapti River

As you canoe down the Rapt River, you will captivate by the views of Marsha Mugger and Gharial Crocodiles. They often sunbathe on the river bank. You can also see rare species of birds, reptiles, and other animals in the wetland. The canoe trip offers you an unprecedented view of these animals in their nearby natural habitat.

You can also explore the first national park in Nepal in all its natural beauty on an elephant or a jeep. You will be amazed by the exotic types of flora and fauna. Also, please take a look at the relaxed elephants bathing in their natural habitat.

How do I get to Chitwan National Park?

The easiest way to get to Chitwan National Park is by bus from Kathmandu or a private car with a journey time of around 6-7 hours. The buses depart from Nayabazar near Thamel in Kathmandu at about 7 am. From Pokhara, tour buses take 7 hours, and exit from the tourist bus station at 6:30 am.

How far is Chitwan National Park from Kathmandu?

Chitwan National Park’s location is in the Chitwan District. Sauraha is a small town and tourist center near the national park where most of the hotels are located. The Kathmandu and Pokhara buses stop in Sauraha.

Chitwan is only 148 km from Kathmandu, but due to the road’s condition, it will take longer than expected. The travel time is almost 6 to 7 hours from Kathmandu

How far is Chitwan National Park from Pokhara?

The approximate distance between Chitwan and Pokhara is 148 km, and we can do it in 5-6 hours. You can join the Chitwan Jungle Safari after or before your trek in the Annapurna area. It will be an excellent decision to relax during the trip. 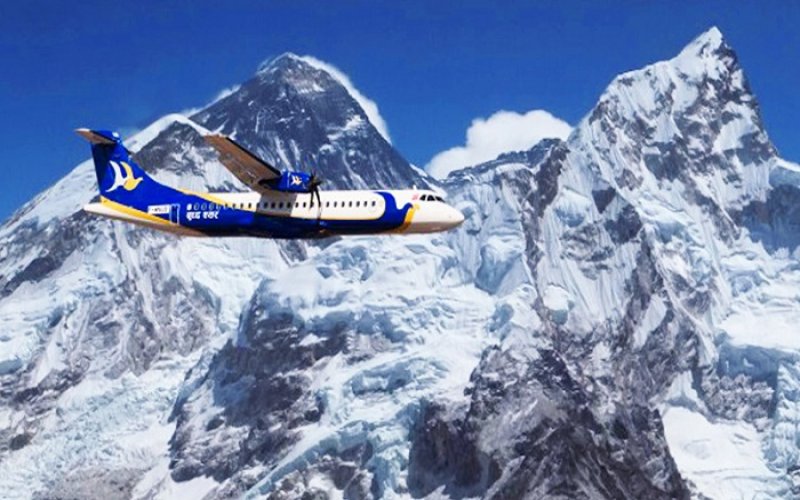 From$190
1 Days
Availability : All Around the Year
Kathmandu
Kathmandu
Max People : 20
(1 Review) 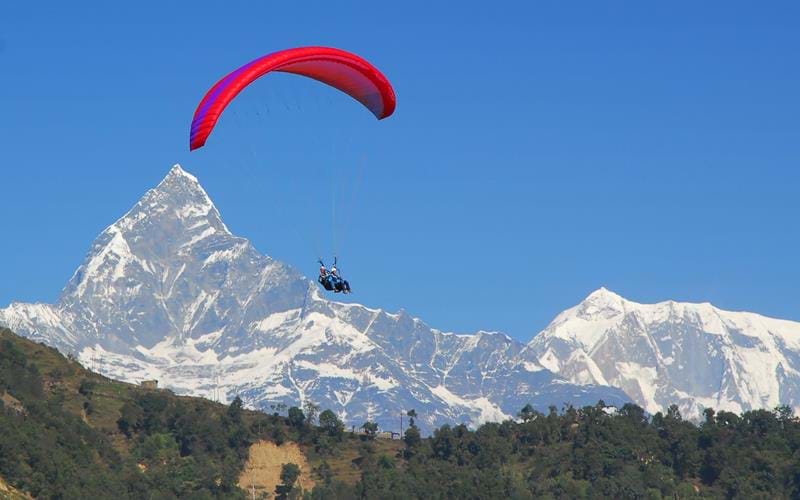 I did a canoe trip and jungle safari in Chitwan with Kishor, the owner, and his guide. Thanks a lot for the passion and love for his work. I was able to see rhinos, tigers, and many other animals. I highly recommend this agency as they not only organize a standard tour like the others, but they try to make your stay in Chitwan and Nepal the best possible by pleasantly helping you.

I have spent many months planning a family vacation. Mr. Kishor spent many hours helping me plan and was very helpful in understanding what I wanted. We spent a full day in the jeep with a guide and driver and got to see more animals than any other group. Kishor is cautious with the environment and animals and has a great deal of knowledge. We had a great day, and the river’s picnic was well prepared and added to our experience.

Do not waste your money and time searching for another travel agency. Just email Kishor at Nepal Tour and Trekking Service P. Ltd to plan a custom tour.